Any language has a less respectable, unofficial variant. Call it slang, or whatever, the fact remains; the way the real people speak in real life situations, oftentimes, very little resembles the language taught in schools. 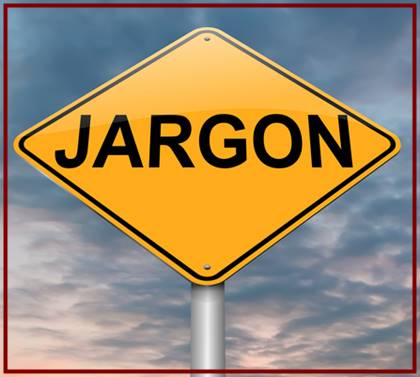 There are many reasons for this. Often there are no words in the language to express what a special category of people needs to express and, thus, they invent them. Some groups of people, like criminals, want to protect their secrecy and, thus, invent a special code that only the initiated can understand. Sometimes old, familiar words are given a new meaning and, thus, get a new function in the language. Another option is to borrow words from other languages and tweak them so that they suit your purpose and fit in your language.

The Poles are very inventive when it comes to creating new words: there is a slang word for every occasion. In fact if you do not master the most common slang (like "kimać" for sleep), you can hardly communicate with everyday people you meet in the street, stand in queue with, ride bus, tram or metro with. They don't talk the language of the learned books.

I was hiking around Poland some years ago and I remember meeting a teenage guy. He was speaking some kind of Warsaw slang - to me a weird and haphazard combination of sounds, to him and his friends, a meaningful language. I could not understand a single word. But once he understood that there was no other way to communicate, he was perfectly capable of speaking standard Polish - the guy was simply bilingual.

Besides the general Polish slang that more or less is a permanent part of every Poles "informal" language, new, "current" slang words are being created almost daily (like "jednokomórkowiec," which designates a "proud" owner of a cellular phone). As if this was not enough many other specialized forms of slang - useable only within certain circles - exist like Polish internet slang, the slang used by hip hop artists and their fans, local slang, youthful slang, slang used by criminals and so on.

Especially the slang that young people use is interesting since its use is limited to a certain age, and, as a rule used by males only. It is extremely vulgar, which is the point  ("kurwa," the Polish word for "bitch" being the word of choice) since, as it seems, for some reason, many young Polish males find vulgarity very macho (possibly because kids are not allowed to swear).

Thus, once they reach the teen age, the until then well-behaved youngsters start to swear like a proverbial Polish "shoemaker." It should be noted that the youth language under normal circumstances is never used to address parents, females or other adults. Once boys turn to men, they stop swearing or at least swear much less and only in special situations, which is presumably a sign of real maturity.

It is interesting that Poles moving abroad start turning the language of the country they live in into their own by adapting the words of the native language into their own. As an example the Poles living in England, London in particular have developed their own slang vocabulary, impossible to understand to people from the outside. To illustrate the point let me quote just a few examples of what will become of nice English words when the Poles will get their mouth on them: sorry will become - "sorki" (Polish spelling, pronounced sore-kee), Asians (chinks) - will become "czinki" (pronounced chin-kee), public transport ticket (travel card) will become "TRAWELKA" (travel-kah).

Animal names have also their uses in slang and in most cases with less than pleasant connotations. It is interesting to notice that while Americans call policemen "pigs,"Poles refer to policemen as "dogs," and neither name is very flattering.

Who creates slang? No one and everyone. Someone will use a word - possibly by mistake, or because he does not know the proper one and people start to use it. Often its usage spreads like wind and after a while it becomes a common property. A new slang word is born and after a while Poles cannot do without it.