In any language being able to talk about geography, and countries and their capitals in particular, is a really great way to get involved in conversation. From asking people 'skąd jesteś?' (where are you from?), to describing your wakacje (holidays) abroad, this language is common, useful and fun to learn in Polish. What's more, since 2004, Poland has been a member of the Unia Europejska (European Union), so it's now more important than ever to be able to talk about the countries on the continent. What better place to start then, than with a journey (in Polish of course) around Europe, starting right at home, in the Rzeczpospolita Polska (Republic of Poland). We'll also try and look at some of the most useful travel related vocabulary along the way. 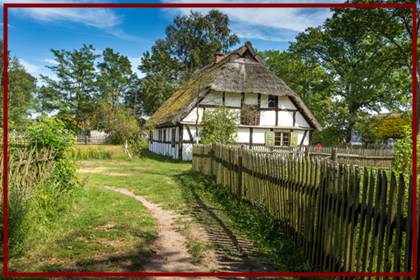 To say you are travelling somewhere in Polish you'll need to use the first person singular form of the verb 'to go by transport', which naturally can be used for any journey where you will be travelling by samolot (plane), pociąg (train), samochód (car), autokar (coach), or any other form of transport that isn't foot.

So, let’s first head to Poland's południowy (southern) neighbour, Słowacja (Slovakia), where we'll be staying in the stolica (capital), Bratysława (Bratislava): Jadę z Polski na Słowację, gdzie stolicą jest Bratysława (I am going to Slovakia, where the capital is Bratislava).

With this basic sentence you can see how it's possible to describe any trip you want to take, just with a little practice and some extra vocabulary. Other countries that border Poland include Niemcy (Germany), to the zachód (west) gdzie stolica jest Berlin (where the capital is Berlin), Białoruś (Belarus) and Litwa (Lithuania), to the wschód (east), gdzie stolicami są Mińsk i Wilno (where the capitals are Minsk and Vilnius), Ukraina (Ukraine), to the południowy wschód (southeast), and Czechy (The Czech Republic), to the południowy zachód (southwest).

If you are travelling with other people, as a group, you will need to alter the verb to reflect the new plural subject. You will still need the verb 'to go' (jechać), but this time in its first person plural form: Jedziemy z Francji do Hiszpanii (We are going from France to Spain). You'll also need to change the tense of the verb is you want to talk about a trip you took in the past, using the perfective form to express a completed action: pojechałem z Włoch do o Grecji (I went from Italy to Greece).

Talking about travelling and places you have visited is just one dimension of this vocabulary. However, as a foreign speaker in Poland, it's a great way to get to know people and really good vocabulary to have. Polish people will, for the most part, be very interested in where you're from and where you have been, so it's best to be prepared. Naturally these are just the basics, and there's five whole more kontynenty (continents) to explore, from Azja (Asia), to Ameryka Północna (North America), Australia (Australia) to Ameryka Południowa (South America) and Afryka (Africa) too, which means plenty more countries and capitals to get on that vocabulary list!