Speaking any language has its challenges and certain obstacles. Polish language is one of the easiest languages in regards to reading written text and writing text from speech. The main reason for this ease is that in Polish the letters are associated with a single sound and are always pronounced the same way regardless of neighboring vowels and consonants. There are a couple very specific rules for a few exemptions, but once those simple rules are memorized, all other sounds are predictable and even new words can be pronounced correctly without any doubts or knowing the meaning of the word. 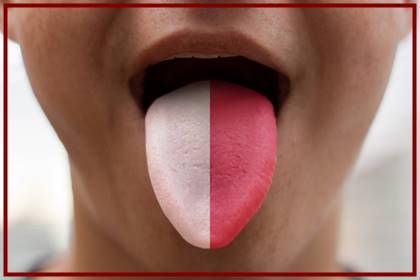 There are no exemptions for vowels. In Polish, there are nine vowels: a, ą, e, ę, i, o, u, ó, y, which never change their sound. For instance, "a" sounds always like "u" in "but" regardless of anything else, "ą" sounds always like "o" in "ho, ho ho!", "e" sound always like "a" in "cat" and so on. Once the sound is associated with the vowel, it never changes for any worlds. Although most consonants operate similarly to vowels, some consonants joined together make a single new sound. There are a few rules for joined consonants to be memorized. The new sounds are created by joining only these few consonants: cz, dz, dź, dż, rz, sz. Pronunciation changes in the following way: "c" alone sound like "ts" in "Tse Tse Fl", however, joining it with "z" in "cz" changes the sound to "ch" like in "cherry", "d" alone sound like "d" in "dome" but after joining it with "ż" in "dż" the sound become more like "j" in "job", etc. Once these six rules are memorized, the new sounds created by joined consonants sound always the same for most Polish vocabulary. So, any foreigner can easily read Polish texts without even the need of understanding what is being read.

A real difficulty in speaking Polish is Poles' carelessness in pronunciation. After all the sound are learned and their pronunciation memorized, a foreign speaker may still have trouble sounding like a native speaker because native speakers tend to lose some sounds in the words' ending. It is so natural that when someone does pronounce the letters as they are written, it sounds awkward. In some languages, like English, pronunciation of the endings is very important because losing some sounds changes the words' meaning. For example, "bed" may change into "bet" or "Doug" into "duck" if the last consonant is spoken carelessly, so English speakers take much care in pronouncing all the letters. In Polish, on the other hand, the meaning cannot change easily even if the ending is treated hastily; as a result, people tend to simplify the ending sounds. For instance, "chleb" sounds more like "chlep", "talerz" sounds pretty much like "talesz", etc. Because of this carelessness in pronunciation of the endings, Polish speakers have often problems with the spelling of those mistreated words, while foreign speakers have trouble with learning what should be mispronounced in order to sound like native speakers.

English speaking individuals have much difficulty in understanding the concept that in Polish language, pronunciation of particular letters is always the same, unlike it is in English where pronunciation of particular vowels and consonants is closely related to the adjoining vowels and consonants. So, in English, there is much confusion how to pronounce "a", which sounds differently in "crab," "basin," "eat," "acid," etc. In Polish, speaking and reading written texts is that much easier because the sounds are very predictable. Once the vowels and consonants" sounds are memorized with the few rules, there is no word that one cannot say or read, and there is very little confusion how the words should sound. Thus, Poles spent very little time on discussions whether "Iraq" should be pronounced with "i" as in "irony" or as in "interest."