Have you also been found out? (If you are a native Polish speaker talking English, that is.) Don't you wonder how the English, Americans or others, even foreigners, non native speakers of English, can easily recognize a Pole as a Pole even though he speaks (what he believes is) English. Your grammar is perfect (or so you think), your Polish vocabulary immaculate (I don't know about that), and nonetheless, there is no denying it. You speak English with a distinct Polish accent, just like any other Pole. 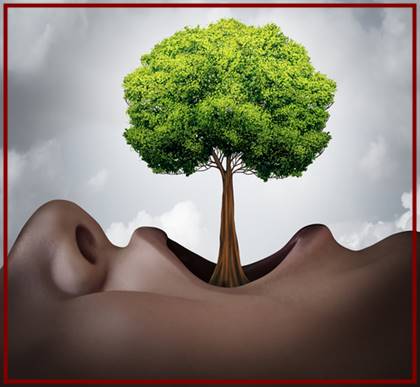 You could say you don't care. Fine, but what if your accent means that your Polish English is in part incomprehensible to native ears? Hey, your future in the West depends on the way you speak; it can often mean the difference between getting a job or not. What now? Have I got your attention?

That a Pole sounds like a Pole, a German like a German when speaking a foreign language is common knowledge. But why does it happen? There is no simple answer to this question - in fact there are many complex issues at hand that could be a suitable subject for a doctoral dissertation, or several.

There is a melody, the way we "sing" words or phrases signaling a statement or a question. There is the word accent, which differs. There is the different spelling that confuses the issue and more.

There is also a valid point to make: A child under puberty is capable to learn a foreign language perfectly; the adult is very seldom up to the task. Thus, there must be a difference in the way we learn and acquire language depending on age. What is going on here?

The Written Word of Poland


The main difference is that children learn almost exclusively by listening, while the adults mainly by reading. There is a good reason for the latter, since as adults we do not memorize or comprehend the spoken words as well as children do. Thus, we tend to rely on the written word. In this article I will concentrate on the learning of adults and, in particular, on the writing?s influence on speech.

Written word or not, you might say, does it make any difference the way we learn and speak? As long as it makes learning easier (learning a foreign language is no laughing matter). It does, if you take into account that the way we write is far from the way we talk. In fact the written language is very distant from the spoken one - that is why it sounds so strange when politicians or preachers read written speeches. It just does not sound right.

Learning the written language is a skill in itself, and many people without proper education find it hard, even in their mother tongue, to write about their feelings and opinions, although they have no problem whatsoever expressing them in everyday speech.

To add to the problem, the way we use different letters to signify different sounds varies in different languages. And since the Polish and English systems of representing sounds in writing are quite far from each other, we do have a problem here. Thus, a Pole that is tempted to use the written English word as a base for his pronunciation - as most do - and, thus, applies his Polish rules how to pronounce the written word, will soon notice, that no one, except himself and his fellow countrymen, that speak more or less fluent Pinglish (Polish English), will understand him.

There is in fact a large number of words that are spelt in the same or similar way in both languages, although the pronunciation will differ. As an example I will compare how a couple of written words are being pronounced by a Pole and a native English speaker.

Let's compare a common word for a Polish person, a "Pole." The same word, "pole," occurs also in Polish, but meaning simply a field.

While the Polish pronunciation is that of a 4 sound word [p-o-l-e], the English will be satisfied pronounce it as [p - o- u - l].

A different problem occurs when letters, or sequence of letters, are pronounced very differently in both languages - seeing a word like "number" most Poles are tempted to pronounce it as a [n-u-m-b-e-r], which sounds all wrong to the native speaker that would rather pronounce it as [n-a-m-b-a*]. Thus a combination of letters [e-r] corresponds in this case to a single sound.

Even more problems are created by letter combinations like the (in)famous "th." Although a single sound in English, reminding a bit of [z] with a lisp, many a Pole happily pronounces it as the [t-h] combination, thus sounding totally wrong. (On the other hand, the Poles are not the only ones that get it wrong here. Just compare the way the [th] combination is pronounced by some African Americans. "Da house" instead of "the house." Also native English kids and the Donald Duck of Disney have similar pronunciation, which can be in part due to the fact that the [th] sound is rather hard to pronounce and takes time and effort to learn.

As you can see, I just scratched the surface. There is much, much more to be uncovered. My message? Listen to how the natives speak and become a human parrot. You can't go wrong! Remember, it all starts with a sound; the writing, although prestigious, is and always has been secondary to the speech.

* Signifies a sound in between the Polish [a] and [e]