For children in Poland, formal, compulsory schooling begins at the age of five or six, when they start what is known as the zerówka (literally meaning, 'year zero'), a single year of schooling that prepares students for entrance to the larger szkoła podstawowa (primary school, sometimes also referred to as simply podstawówka). The preparation year zerówka consists of a wide ranging curriculum that introduces students to the major areas of learning, and gets them used to school routines. Parents also have the option here to enrol their children on extra lessons in various subject areas, like English language and mathematics. 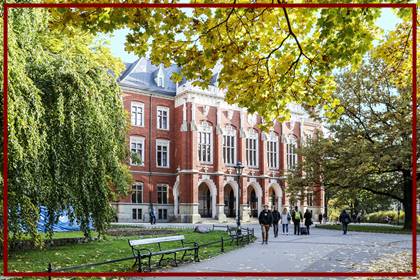 Entrance to szkoła podstawowa (primary school) takes place after a student has completed one compulsory introduction year of schooling. Students and parents can choose where they want to go to primary school, where they will attend lessons for the next six years. Education in the podstawówka is split into two blocks of three years each. In the first three years, there is one teacher to one class, but specialist teachers in the core learning areas of Religion and Language teaching. In the second three years, the curriculum area is broadened and students are given separate teachers for each subject in a wider range of areas.

In the first three years of szkoła podstawowa, students aren't given formal examinations. Instead, each year teachers offer ocena opisowa (best translated as 'opinions'), on each student; this indicates their individual strengths and weaknesses and prepares them for the second three years of podstawówka, where students begin to sit formal examinations, and receive simply ocena (grades). These range from one to six, where six is the best, and indicates exceptions, extracurricular participation in a particular learning area.

At the end of podstawówka all Polish school children take the test kompetencji. It's among the most important exams in their school life, and determines which gimnazjum (secondary school) they can attend. That said, the marks of the post primary school competence test are not the only things taken into consideration when students make the move to the gimnazjum; the individual schools also have a responsibility to take students in the immediate vicinity, for example.

At the end of gimnazjum students take another set of exams that will determine their entry to the next level of Polish schooling - the szkoła średnia (high school). These exams are two tier and involve testing in the central curriculum areas of humanities (część humanistyczna), and mathematics and the sciences (część matematyczno-przyrodnicza). Results are given in points out of 100 (50 each part), and the student's previous marks are also taken into account when they present their applications to the szkoła średnia.

In Poland, there are a few different types of szkoła średnia (high school), each offering a different style of education. The most popularly attended is the liceum, which continues education in core areas, but students can choose to focus on particular areas, in which they will receive more teaching. There's also the technikum, which lasts for four years (one year longer than the liceum), and offers a more vocational education, with classes in cooking, technology and tourism, for example. Finally there's zawodówka, which lasts for two years, is the lightest of the three post-secondary school institutions, and doesn't prepare its students for a university education.

The culmination of study in both the liceum and technikum is the matura examination, the results of which go towards university entrance consideration. The matura exams have three compulsory components - Polish, a foreign language and maths - but students are tested on other subjects that they have opted for as well.

The legal school leaving age in Poland is 18, but most students will leave either the liceum or technikum at 19 or 20. It's compulsory to study one foreign language from a very early age, right the way through to post-high school level, and while not necessarily, English is increasingly becoming the language of choice.