There is no denying it, Polish is often put up there with Cantonese and Mandarin, Japanese and Hungarian - part of that higher echelon of dreaded languages that have come to strike fear into the hearts of their prospective learners. It is frequently listed in the superlative by a whole host of websites claiming Polish is the 'hardest' language to learn in the world, usually citing it's grammatical intricacies, sprawling case system, noun gender allocation and overwhelmingly sibilant pronunciation as evidence for the title. 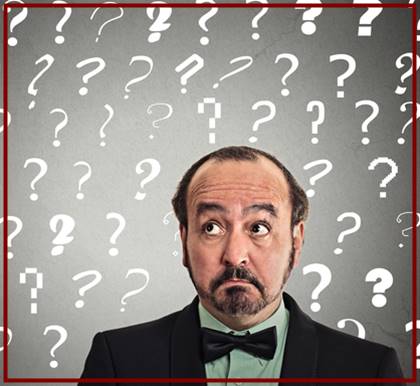 But, while it's definitely true that there are some difficult aspects of learning Polish (often particularly for the English speaking learner almost entirely unused to things like noun or adjective ending conjugations), as a general rule of language learning you can rest assured, that when something gets harder, something else gets easier. Granted, it’s true that searching Google for things like 'Polish hardest language to learn' will return you a healthy set of results, but it’s also true that searching for 'English is the hardest language to learn' will return something very similar; so it's really kind of a moot point.

Most learners, and even most Poles, would probably agree that Polish grammar is exceptionally difficult in comparison to most other languages (especially European ones), but what's often omitted is the account of what Polish grammar allows you to do that makes speaking and writing it easier, and in this category there a few things that may come as a surprise to the English speaker.

Firstly, Polish has no articles ('a/an' or 'the' in English) making it much easier to deal with countable and uncountable noun types in sentences. Instead, context and intonation take care of meaning. For example Idziemy do domu, will be interpreted as 'we are going to the house', while the question 'masz dom?, will mean 'do you have a house?' What you’ve just seen is one the functions allowed by Polish cases and context; notice the end change between the two nouns (domu/dom), one in the locative with the preposition -w-, indicating the speaker is referring to a physical place, the other simply in the accusative, indicating the speaker is asking if someone has a house in the more abstract sense.

Secondly, while conjugating verbs for different speakers is one of the first hurdles many Polish learners encounter, understanding verb tenses is a world easier than in English. Consider the following: 'I am speaking English', 'I speak English' and 'I have been speaking English'. These are known as the present continuous, present simple and present perfect continuous tenses respectively, and they represent different ways to express action. In fact, in English some linguists count up to 12 different verb tenses, while in Polish there are just five (including the perfective and imperfective verb forms, known natively as 'aspects'). As a case in point, all of the English example sentences above are said in exactly the same way in Polish: Mowię po angielsku.

In addition to all this, Polish is one of those languages where the age-old trick of saying an English word with an augmented ending, in a local accent may actually work to some degree, because, despite its Slavic routes, there is a lot of Latinate vocabulary. Furthermore, once you get used to the Polish alphabet you'll realise how much more intuitive it can be, with dominant phonetic sounds that make homophones, (words 'see' [widzieć], 'sea’ [morze] and 'seize' [chwycić]) pleasantly and euphonically infrequent.

The point here is that it is unproductive to state simply that Polish is a hard language to learn, or indeed, that any language is harder than any other, because each have their difficulties and each have their gifts. Polish may have a cumbersome case system with seemingly more exceptions to the rule than noun and adjective endings, but it also gives a relatively easy ride when it comes to tenses, articles, phonetics and vocabulary. What's more, with so much meaning derived from context, you often don't have to worry about your grammar to be understood; you may not sound fluent, or native, but you'll be able to get your Pierogi!