Borowski was strongly, fiercely criticized by Polish critics for writing a story about World War II that did not portray Poles in a heroic light, or show uplifting events that help the reader feel proud and strong, after going through so much suffering. Instead, Borowski creates a Polish protagonist who is implicated in the Nazi killing machine, who is morally compromised, who is focused on his own survival rather than acting as martyr. Why do you think Borowski chose to portray these aspects of the camp experience, and of the individual imamates' experience? What does this choice allow him to achieve; to argue; to teach; or to force his readers to think about? 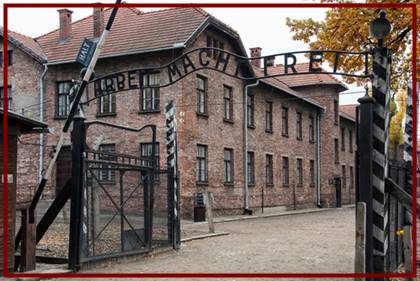 "This Way for the Gas, Ladies and Gentlemen" by Tadeusz Borowski is a brutal, horrifying story about the effects of the concentration camps on the human ethical code and survival instinct. The narrator of the story sums up his feelings in one brief monologue as he rants,

I don’t know why, but I am furious, simply furious with these people - furious because I must be here because of them. I feel no pity. I am not sorry they are going to the gas chamber. Damn them all! I could throw myself at them, beat them with my fists. It must be pathological, I just can’t understand… (Borowski)

This statement made by the main character of the story, who remains unnamed, shows his hatred for those who are entering the camp and being taken to the crematorium to be put to death. His anger at the victims of the Nazi regime, however, may seem unfounded and cruel, but in reality, it is a reflection of the horrors he has been through and the human survival instinct. This paper will argue that the anger the main character feels and the way he treats the incoming victim are not signs of innate cruelty; rather, they are indications of the man’s attempt to survive himself without sinking into madness because of the death that surrounds him on a daily basis. Moreover, Borowski chooses to use these scenes to show the true cruelty of the Nazi camps, not to denigrate those people who acted in ways to ensure their own survival.

There is a fundamental difference between people that we see as heroes in literatures, those who perform amazing feats, act in selfless ways, come to great truths or find redeeming justice within the pages of a book, and those we see in literature based on realities - the survivor. The narrator in Borowski’s story is a survivor - he is not a hero, he is a man surviving the hells of a life that we in our society cannot even fathom.

Terrence De Pres writes, in his study on the psychology of the survivors of concentration camps, that:

The age of heroism is gone. If we have in mind glory and grand gesture, the survivor is not a hero. He or she is anyone who manages to stay alive in body and spirit, enduring dread and hopelessness without the loss of will to carry on in human ways.

In other words, those who endure to survive, like the main character of Borowski’s story, may not act like a traditional hero - in fact, he may do things that seem inhumane and as atrocious as his surroundings to the reader, but it is a mechanism of survival and until the reader has been in a similar situation, it is not for us to judge whether his actions were right or wrong.

Borowski uses this story to depict exactly what the horrors of the concentration camp can do to people on two different levels. The first level is the extermination of the thousands upon thousands of innocents that the main character witnessed. This is one type of cruelty - shuttling people off to be gassed like fleas in a home. The second level, however, is evidenced by the main character’s rage and feelings about what he is seeing. He has survived the initial horror. He, too, will die like the men selected to work, "the ones who had been ordered to step to the right - the healthy and young who will go to the camp. In the end, they too will not escape death, but first, they must work." The main character passed through phase one, the immediate extermination, but now he must pass through phase two - being worked to death, or possibly selected for medical experiments, torture or any number of ways to die.

De Pres notes that "survivors would choose another fate from that of living in an imperiled condition; they do not actively choose to place their lives on the line. However, unlike traditional heroes, that is where they remain until forces beyond their control release them." So the survivor remains, controlled by the Nazi soldiers, the glittering men in their "highly polished boots and shiny, brutal faces," while he and his fellow inmates eat course bread and rotting sardines like "huge human insects." The soldiers speak of their home and families, their children while these men are set to gather dead babies from the trains and usher their fellow human beings into trucks to be slaughtered.

The difference in the story between the soldiers and the prisoners is stark and brutal. It may be seen as Borowski glorifying the Nazi soldiers, describing them in terms like "glittering" and having "readiness and agility," especially in comparison with the prisoners and those on the trains coming to meet their deaths. These people were described as "pale, wilted, exhausted" and "terror stricken…tangled hair, unshaven men." These unfortunate souls were a far cry from the polished regality of the Nazi soldiers. The purpose of this disparity in appearance though only goes to further the difference in the conditions under which they lived and exemplify the inhumanity of the conditions of the concentration camps. This teaches the astute reader not that Borowski was enthralled with the Nazi soldiers but that they are still possessed of their humanity - their families and dignity and cleanliness and food, while the camp inmates are deprived of everything human and everything that they have ever known, right down to their very lives. This shows that the Nazi soldiers and their superiors "indulged in a ‘sadism’ of a broader sense, a satisfaction derived from the assertion of complete control by one human being over another." And that control - controlling everything right down to the moment of a man’s death, is what drives the survivor to slough off his humanity and do the things necessary to ensure that life lasts just a little longer.

When working at the train station where the prisoners disembarked from the trains to go to the gas chambers, Borowski reveals a deeper set of horrors for the reader and the main character. The main character notes that "It is the camp law: people going to their death must be deceived to the very end. This is the only permissible form of charity." It would seem inhumane, under normal circumstances, to quietly shuttle people off to their deaths while assuring them that everything was going to be alright. But in the concentration camp, in the face of death from so many different avenues (gas chambers, starvation, exhaustion, disease, whim), it can be considered a charity to allow people to believe for a short time that things were going to be fine. It could be considered charity to allow a mother a few more minutes with a child, or a husband with a wife. So the main character is having to choose between a basic human compunction, charity, on two levels - does he tell the people they are going to die as would be decent, or does he allow them to think things will be ok until they understand for themselves what is happening? To a survivor, the choice is clear. Stay quiet and do what you are told, and live to see tomorrow.

Borowski continues on, "In the corners among the human excrement and abandoned wrist-watches lie squashed, trampled infants, naked little monsters with enormous heads and bloated bellies. We carry them out like chickens, holding several in each hand." Would any normal human being react to seeing a dead infant in this manner? Would any person pick up a murdered baby and carry it out like trash? No. These men were pushed beyond endurance, they were hardened by the mounting horrors they saw on a daily basis. And still - the main character feels like vomiting repeatedly.

All these atrocities - the dead babies, the bloated bodies, the little girl who was shot in the head after falling out of the train, and the "communal death, disgusting and ugly…[the] sickening, stale odour of damp female bodies, the animal hunger, the inhuman labour "drive the main character of the story into his rage. He is angry at his circumstances, angry at his captors and angry at the people coming into the camp that force this hellish labor upon him. He says he is "furious because [he] must be here because of them," which may seem completely terrible - to be mad at people who are going to be killed - but the survivor in him is angry at what he has become, what he has been forced to endure and forced to keep inside him because of the "charity" of not telling them they are going to their deaths. Frankl notes in his writings on survival in a concentration camp that "Endurance in such circumstances demands a certain callousness." It is exactly this callousness that the main character develops and which can be wrongly assumed to be degenerate human feelings. His feelings may be degenerate, but it is the circumstances he was forced to endure that have made them so.

So Borowski’s story teaches the reader many things. It teaches the difference between a hero and a survivor. It teaches the reader that the actions of the survivors in the concentration camps may have been callous and hard, but they are necessarily so out of the human mental defenses of survival. These people do not choose to cast dead babies off like rubbish or send crippled girls to burn to death with the corpses. They do these things because they are forced to do them by those in control, and to rebel means to die. Frankle writes that ". More experienced inmates warned them to shave every day, stand tall, and walk vigorously; even a limp because one’s feet were frostbitten might cause an SS guard to wave a prisoner aside and send him to the oven." Any sign of weakness, be it physical or mental, would mean death, and the survivors therefore could show no weakness.

The lessons in this story on the human condition are harsh and difficult to digest. At the same time, one cannot help but feel pity and sorrow for those forced to endure life under these conditions, to do the things they had to do to survive, and then to live with those actions later, when survival gives way back to life, and memories still remain.